The Luxembourg Stock Exchange (LuxSE) and the European Investment Bank (EIB) celebrate together the exchange’s achievement of 1000 bonds on the Luxembourg Green Exchange (LGX). EIB’s recent 10-year USD 1.5 billion Global Climate Awareness Bond is the 1,000th bond on the leading platform for securities with focus on sustainability, and the latest addition to the more than 50 green and sustainability bonds issued by EIB and currently displayed on LGX. 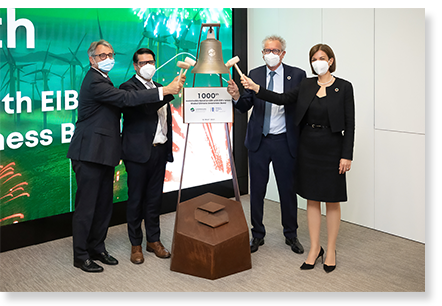 The 1,000 bonds currently listed on LuxSE and displayed on LGX are raising a total of more than EUR 500 billion for green, social and sustainable development projects across the world, thereby contributing to the UN Sustainable Development Goals (SDGs) and the objectives of the Paris Agreement on climate change. These global goals inspired the establishment of LGX in 2016.

As a testimony of its global reach, LGX now counts 170 issuers across different sectors from 35 different countries, including green bonds from sovereign issuers and the social bonds issued by the European Commission. In 2020, LGX won the UN Global Climate Action Award for its pioneering role in accelerating financing for climate solutions. 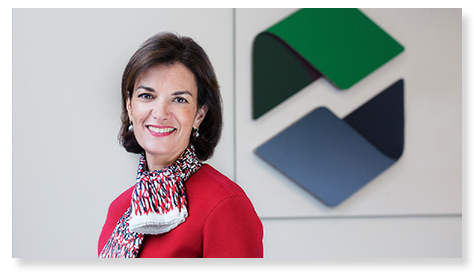 “We would like to thank all our impact-conscious issuers for their leading role in the transition to a low-carbon and more inclusive economy. It is a privilege to mark this extraordinary milestone with the EIB, who kick-started the green bond market and has played a crucial role in its development. The EIB has helped put Europe in the driving seat for sustainable finance and leads the way towards common standards and more harmonised frameworks for sustainability funding and lending,” commented Julie Becker, CEO of LuxSE.

EIB: The climate and environmental bank of the European Union

The EIB is one of the world's main financiers of climate and environmental action and the first Multilateral Development Bank to align its new operations with the goals and principles of the Paris Agreement. It aims to dedicate more than 50% of new annual financing to green investment by 2025 and has committed to tracking such investment in line with the framework established by the EU Taxonomy Regulation.

A pioneer in sustainability funding, EIB launched the world’s first green bond in 2007 and has since issued EUR 39 billion worth of Climate Awareness Bonds (CABs) focusing on climate change mitigation. The EIB recently published an independent report evaluating CABs and EIB’s role in the green bond market between 2007 and 2020. Since 2018, the EIB has also raised EUR 6.5 billion worth of Sustainability Awareness Bonds (SABs), whose focus is on other areas of environmental and social sustainability. The Bank has already aligned the documentation of its CABs and SABs with the EU Taxonomy Regulation and plans to progressively align these instruments with the expected EU Green Bond Standard.

“Efficient involvement of international capital markets in the financing of sustainable development requires a strategic alliance among key market players. The EIB and LuxSE are close partners in the development of clarity in sustainability, which is essential for true impact investment. The favourable reception of our 10-year USD Global CAB, the 1,000th bond on LGX, endorses this joint endeavour with the support of the global investor community,” commented Ricardo Mourinho Félix, Vice-President for Funding and Treasury at EIB.

LuxSE established LGX in 2016 to unlock sustainable capital and facilitate sustainable investment. The platform has seen exponential growth since then, highlighting the increasingly important role of sustainability in international capital markets.

What started as a platform for green bonds in 2016 has grown in both size and product range, responding to the increasing need for transparency, accountability, reliability and comparability of sustainable securities displayed on LGX. LGX now encompasses all categories of bonds with a focus on sustainability, with mandatory requirements for transparency and reporting.

“This 1,000th sustainable bond displayed on LGX illustrates the role that Luxembourg’s sustainable finance ecosystem is playing globally in raising the public and private capital needed to achieve the objectives of the Paris Accord on Climate Change and the Sustainable Development Goals. It also underlines the innovative cooperation between the European Investment Bank and the Luxembourg Stock Exchange, which has helped shape the direction of sustainable finance for more than a decade now, as it did when issuing the world’s first green bond in Luxembourg in 2007,” commented Luxembourg Minister of Finance Pierre Gramegna. 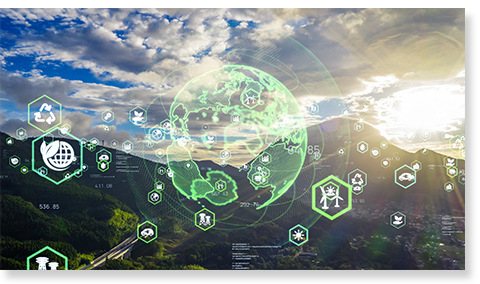 The 1,000th sustainable bond on LGX was celebrated by LuxSE, EIB and the leads of EIB’s Global CAB 2031 (Barclays, Citibank, Crédit Agricole CIB and Deutsche Bank) in the presence of Luxembourg Minister of Finance Pierre Gramegna.