In the presence of Luxembourg Minister of Finance Pierre Gramegna and China’s Ambassador to Luxembourg HE Yang Xiaorong, the Luxembourg Stock Exchange (LuxSE) and the Bank of China’s Luxembourg branch joined together today to celebrate the listing of a two-tranche green bond on LuxSE. The bond will be displayed on LuxSE’s leading platform for sustainable finance, the Luxembourg Green Exchange (LGX).

“The listing of Bank of China’s latest green bond is yet another important moment in the long-standing relationship between our two institutions, and we welcome the increased focus on green instruments from Chinese issuers. We are proud to serve as the international listing venue of Bank of China, a pioneer that paved the way for the close relations between China’s and Luxembourg’s financial markets,” said Julie Becker, CEO of LuxSE.

Sustainable finance in China on the rise 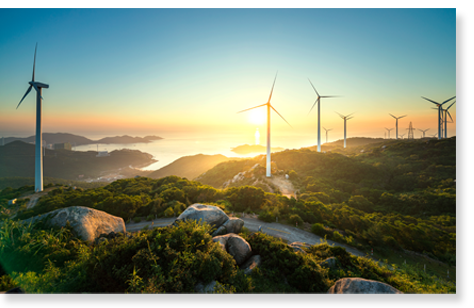 This green bond listing is comprised of two tranches worth EUR 500 million and USD 500 million respectively. Among the 10 eligible green projects to be financed through the bond are a wind power project in Northern China made up of 50 wind turbines with the power to reduce CO2 emissions by over 160,000 tonnes per year. In addition, the bond will provide funding for a metro project in Southern China that will have the capacity of transporting over 490,000 citizens between its 26 stations per day and reduce CO2 emissions by 77,000 tonnes per year.

“This successful issuance not only demonstrates that our bank is well recognised on the funding market, but also clearly indicates that global investors are very eager to invest more in green assets. We intend to leverage the productive relationship between China and Luxembourg, and work closely with our Luxembourg peers to tackle the challenge of global climate change together,” said Haifeng Xu, General Manager of Bank of China Luxembourg branch.

Bank of China was the first Chinese bank to open a branch in Luxembourg in 1979, choosing Luxembourg as the regional hub for its operations in Europe. Since then, a total of 6 Chinese banks have followed suit. The close relationship between LuxSE and Bank of China dates back to 1986, when the bank brought its first security to the exchange. This relationship took a greener step in 2016, when Bank of China displayed a 4-tranche green bond on LuxSE worth USD 2.8 billion, becoming the first Chinese bank to bring a green bond to an exchange in continental Europe.

Minister of Finance Pierre Gramegna commented: “Luxembourg Green Exchange is the leading platform dedicated to green and sustainable bonds in the world. More than half of all sustainable bonds worldwide are listed on the Luxembourg Stock Exchange and displayed on LGX. We are proud that investors from all over the world choose Luxembourg and we thank them for their confidence.”

In 2014, LuxSE and Bank of China signed their first Memorandum of Understanding to engage in a strategic partnership to promote Luxembourg as an international Renminbi listing venue – an agreement that is especially poignant as LuxSE recently celebrated the 10th anniversary of the listing of the first Dim Sum bond on the exchange. In 2014, Bank of China became the first Chinese institution to list an offshore RMB bond in Europe, choosing LuxSE as its listing venue. This landmark bond issuance was named "Schengen bond", borrowing the name of a small village at the borders of Luxembourg, France, and Germany which is a symbol of free movement within Europe.